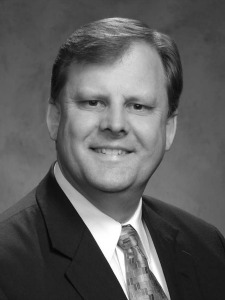 Dave Gehm has found that satisfaction in life isn’t always found in the amount of money you make. Rather, it comes from being thoughtful and pursuing the things that matter most.

At 28, Dave Gehm had a successful career as a pharmacist. “I love to say that I had my first ‘mid-life crisis’ and kind of rethought my core values in life,” he says. For Gehm, it was about merging two things: how he wanted his career to guide his life, and how his life needed to reflect important core faith values he learned as a kid — including dignity and worth of people, respect for all and the desire to make a difference. While his pharmacy career allowed for a fair amount of that, chain drug stores were just beginning to take off, and the stand-alone “community pharmacist” who could be there and really be invested in the lives of the people around them was fading away.

Thus began his transition into the senior services world where he would eventually land the job of his dreams as CEO of Lutheran Homes (now known as Wellspring Lutheran Services). But it certainly didn’t happen without some sacrifices in his personal life and career. Gehm knows business isn’t always about the bottom line. While it’s important, business is really about the mosaic of people who bring it all together.

Read more about how Gehm makes every effort to lead his team with the same core values that guided him early in his career.

REALM: When was that first time that you really supervised people or became someone’s boss?

DG: I began supervising people right out of college — although it was more in terms of how the team functioned. As the pharmacist on record, I needed the team to help produce the work, but every step along the way, that supervision responsibility has grown.

REALM: Why did you choose pharmacy as your initial career?

DG: I liked the healthcare field, but I didn’t think I had the patience — or even the intelligence — to pursue a career in medicine. I liked the role of the pharmacist and interaction with people. I have jokingly said that practicing pharmacy at that level was one-part physician (because you are the direct source for a lot of information and have time to spend with people); one-part counselor (in terms of helping people through health challenges); and one-part bartender (because people tell you everything on their mind).

REALM: How was the transition from pharmacy to long-term care?

DG: My career and personal life were going well. We had a baby and another one on the way, but I was feeling like I needed a change. I realized I was led to serve in the senior services field. Most people didn’t understand why I was giving up a growing career in pharmacy to — as my 89-year-old grandfather put it — go work with old people. And yet, it has clearly been the right move for me. I had to take a significant step backwards in salary when I took my first assistant administrator job at a CCRC, but I learned a great deal. I had been the consultant pharmacist at that facility, so they knew me and it was a supportive early training ground. I didn’t have a lot of overwhelming responsibility, so it was a good place for me to land in my first official “non-pharmacy” role.

REALM: Making the shift and having to step back in salary is something a lot of young people cannot imagine. How did you come to that and what did it mean after you made that commitment?

DG: I think everybody at some point in their career reaches a moment when they ask, “Is this what I was built to do? Am I satisfied and making a difference?” When I decided to take a step backwards to rebuild my career on a different trajectory, I looked at it as a long-term investment. My main concern was providing for my family. We had obligations and responsibilities, so my wife and I made some lifestyle choices and sacrifices. We wanted to be sure we were meeting our responsibilities in the short-term because we knew in the long run it would find its way back. Young leaders really have to think about the career they are building as a journey. There are lots of pressures to have the big house and fancy car. But I think satisfaction is found in pursuing things that really matter — and in the course of time — the extrinsic rewards will follow.

REALM: Tell me about some of the best bosses you’ve worked for.

DG: What I learned the most from those “best bosses” is the soft side of leadership. I’ve learned it’s not about balance sheet management or great financial execution. Instead, it’s about people and the understanding that any work we do is measured financially – through all the quality metrics; yet, it’s really done through people. And frankly, even difficult bosses have taught me about what to do and what not to do.

REALM: How do you get feedback from your staff?

DG: The bigger your organization gets, the harder it is to get the big picture of how everyone is doing. You can do communications through training opportunities and such, but it’s more about just being out there — available and accessible as a listening post. Surveys are critical, as there is a direct correlation between the wellness of staff and the overall perspective and health of the organization. As CEO, I trust the information I get from people; but I recognize we all have filters. Being very intentional about feedback and what is going on has probably been one of the more challenging things as we have grown.

REALM: How has that changed moving from a leader in a single campus to a leader of hundreds across multiple venues?

DG: You can’t be everywhere all the time, so I’ve learned to be very intentional about being there and being present. When we hire an administrator, I work with a panel of frontline staff to do the final interview. Not only does it provide me the opportunity to work peer-to-peer, but also it binds us together in the ownership of the leader we hire. It’s an extra step in the process, but an important one. We do a little bit of coaching with the staff, and they do the interviewing. If we choose to make the hire, I tell the staff they have two responsibilities: 1) to hold the leader accountable (respectfully and appropriately) if they see something different than what they heard, and 2) to be a cheerleader and help this person be successful.

I also try to visit and be a part of other events and staff meetings that are already happening, because it’s an opportunity to plug in and listen and share things. I try not to create new events because that is just one more thing to add to our calendar.

REALM: As you are developing leaders, do you have other multi-level initiatives you are doing?

DG: Our Leadership Academy is a 10-month experience, meeting once a month, all day, bringing in selected staff from all our sites. It led to a realization that we wanted to be much more intentional about shaping culture. We learned that our organization was so spread out and diverse, and that “culture” meant different things to different parts of the organization. We determined we couldn’t have an organization “mosaic” culture, so we turned our attention beyond what we were calling the leadership academy and empowered staff to help us define culture. It has become an imbedded part of our system with respect to how we hire, train, orient, and talk about culture and tangible results. We’ve even beefed up our HR department to include a Director of Onboarding who’s helping us be more proactive in the first 90 to 180 days of hire. We’re still early in the process, but it’s an example of the kinds of things that have structurally changed in terms of how we allocate resources in order to reflect that newly defined — or better defined — culture.

REALM: How do you then embed that culture with your existing employees?

DG: It starts with the belief and recognition that employees are committed to our mission and are there to serve residents. The success of new employees coming on is part of their responsibility, and if we really want to deliver the best to the residents, then we all have to own the quality of the work experience for everybody — especially the new hires.

REALM: Have there been some employees who have struggled to get on board?

DG: Yes, for various reasons. They were either skeptical or maybe feeling like it
wasn’t that important. But, I’m happy to report it was a significant minority. We had a signing day at every facility where people could sign their name to the “Covenant of Service Standard.” Since then, we’ve been working to embed that further into the organization by making it part of our performance vows, job descriptions and more.

REALM: What advice do you have for college graduates?

DG: Make sure you’re passionate about what you want to do. There’s no better kind of fuel for life than that. Also, be intentional about diversifying your professional experience. Get involved in your organization with as many opportunities as you can, or reach outside and volunteer in the community to get more exposure to other things. When you come out of school, you’ve got a bag full of academic knowledge and a fair amount of enthusiasm, but you have to match that up with a passion for the work.

REALM: Why would you encourage someone to look at senior services, elder care or long-term care?

DG: There is nothing more valuable than serving someone who is in a more vulnerable position than you. It keeps me grounded by recognizing that no matter what kind of challenge I am facing professionally, my work is serving people whose day is far worse than mine. I am never far from remembering that we serve people who may be terminally ill and we’ve got families visiting residents whose memory is no longer there — and we are there to help them through the challenges.