We are Better Together 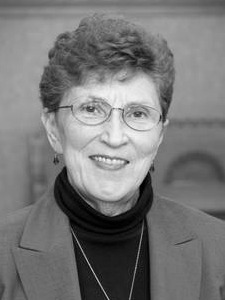 Community Minister of the Franciscan Sisters of Little Falls

Great teams are not made up of people with similar skills, but rather those who have diverse talents, backgrounds and gifts. Sister Bea Eichten believes that by working together, there is a lot more that can be achieved to serve God and her community than can ever be done alone.

Since being first elected to leadership at age thirty-two – and in every role she has taken on since – Sister Bea Eichten has always made her primary focus about the team, rather than herself. “I don’t need to be front and center all the time,” she says. It’s a trait she developed growing up as the third oldest in a family of sixteen children. “It wasn’t okay to stand out in my family…I was one of many and I grew up knowing that. There were distinctions in being older and having more responsibility, but we were all equal at some level.”

Today, as Community Minister of the Franciscan Sisters of Little Falls, Sister Bea is still consistent with her approach on teamwork as she is helping prepare the community for the future. “My goal is to help foster a team environment where we don’t marginalize individual abilities so we can, in turn, move our legacy forward while being confident in one another’s faith, trust and commitment.”

REALM: If you look back, when was your first leadership experience?

BE: In high school, I was the editor of our annual. And then when I was in college, I served as the representative for the Catholic college student organization.

REALM: What were some of the lessons you learned from being editor of your high school annual?

BE: I learned that it was really important that people stay involved and that decisions be made collectively because it wasn’t my book, it was our book. We had a really good teacher adviser. Not only did she have a good sense of humor, but she was wise, accessible and really helped me and the planning team to think through what we needed to do.

REALM: What about other mentors…what characteristics did they possess?

BE: I’ve been fortunate to have many mentors along the way who taught me a great deal. Two people that come to mind in particular were sisters that worked with me while I was studying at St. Benedicts. They helped me trust myself as a public person and representative of other students.

When I was first elected to leadership in my religious community, I was asked to take on the job of healthcare coordinator. I was young and I had a lot of energy, but I wondered why one of the other team members couldn’t do it. They wanted someone new to learn the job. The prior healthcare coordinator did a wonderful job of mentoring me. She stepped back and let me do things in such a way that worked for me, she never got defensive, and I could always count on her to be thoughtful, logical, rational and objective.

REALM: When you were first elected, did being the youngest member of the team present some interesting dynamics?

BE: It did, but we were fortunate to have a wonderful group of women in leadership. Our work was focused on coming together and doing what we needed to for the community. We could say what we needed to say, people would listen and then we would just keep talking until we figured out a solution. I learned how important it is to speak honestly with other people. Sometimes it’s hard to tell the truth, but I have found that it is better to be authentically caring and honest than it is to be nice. People get hurt when you are just being nice.

REALM: Talk a little bit about your experience prior to, and then when you became, the CEO of the health system.

BE: It was around 1990, and the CEO at the time kept promoting this idea that we were a big, strong powerful system. I quickly learned that we were not and needed to start there. I started out as the chair of the strategic planning committee and it quickly became clear that we needed to do something different. After one year of chairing the committee, I took over as CEO and two years later we transferred all the facilities to a Catholic health system.

REALM: We’ve seen a lot of mergers and acquisitions in both acute care and senior services. At that time, was it like today or were you at the forefront?

BE: It really hadn’t been done before, so we were at the forefront. We didn’t have any prototypes to look at, but we were able to get help from some consultants. We had good staff that worked together well, and the CEOs of our facilities were very realistic about what the future was going to hold for them. They knew that they needed to be stronger and not just operating on a shoestring.

As sisters, we decided that it was not critical to our identity as a community that we maintain the health care system. The System needed to grow and be strong moving forward and we knew we just couldn’t do that. Going through the whole process was very beneficial for me because I could then begin working with other congregations who were in similar situations.

REALM: What has happened to those ministries in the twenty years since the acquisition?

BE: They are now part of Catholic Health Initiatives. They have greater access to capital and national advocacy and they continue to grow. I have never heard any sister say that we shouldn’t have done it. There was sadness to see it go, but we knew it was the right thing to do.

REALM: How did you transition that into working and doing consulting with other communities?

BE: When I left the CEO position, people encouraged me to use my experience to help other communities. I was referred to the Daughters of Charity in California and they became my first client. The project went really well, and after that, I didn’t have to do any other marketing and relied on word-of-mouth to bring me more referrals.

REALM: How did you take that kind of leadership depth of experience and transition it into consulting and facilitating?

BE: Because I am a religious, I knew the values of our life and what leadership needed to work with and I could help them frame the questions. I didn’t have a template that I operated by; it was more about testing my own experience and trusting my instincts. It was kind of like organizational therapy.

I also brought my nine years of experience as a pastoral psychotherapist. One of the best skills I learned was that of being able to frame an issue in such a way that it empowers the person. I worked a lot with women who were survivors of sexual abuse. I never called them a victim… I simply asked them, “What did you do to survive that?” By doing that, it helped them to see their strengths. How you frame the issue is just as important as what the issue is.

REALM: What was the difference between leading your own and then going into the consulting role and leading others?

BE: One of the greatest blessings about being a consultant is having a more objective perspective. I would help them and then I would go home, leaving them to carry through with what they needed to do. As the leader of my own community, I, with my team, would not only have to come up with the ideas, but also figure out how to make them happen. As a consultant, I didn’t have to feel like everyone depended on me to make it happen.

REALM: How has your leadership style changed now as you prepare your congregation for the future?

BE: I don’t know if it has changed a whole lot. In my first term, I was very green and probably more dogmatic and sure of everything. One thing I have learned is that I need to take time to step back from the issue or the question, rather than making a rush decision. I’ve also learned that I can’t force things; however, I will not back away from issues that need to be addressed. The community is different now… it’s listening at a different level. The first time around, we were a much younger community with a lot of energy and more ministries.

“My biggest piece of advice would probably be to continuously remember that it’s not about you. Leadership is not a popularity contest… it is a much-needed service to the community”

As we are in the midst of this planning for the future, people know we are going to be different, that things are going to change, and that there is no guarantee that we will survive into the future. There isn’t resentment or anxiety, but rather a gentle awareness and tolerance among our members, while at the same time there is great vitality and wisdom. We have a commitment to our vocation and believe we are here for a reason, but we know we can’t do all our current ministries by ourselves.

REALM: What is your advice to emerging women religious leaders?

BE: Always be learning and listening. My biggest piece of advice would probably be to continuously remember that it’s not about you. Leadership is not a popularity contest… it is a much-needed service to the community. The last thing would be to take time for quiet, relaxation and prayer. If you don’t come out of that inner place of stillness and peace, you won’t be able to extend that to your community.

REALM: Looking back, what three things would you have done differently?

BE: The thing about leadership is that you are always in it – there is no such thing as “part-time” leadership. I would have listened more deeply to myself and others for the emerging wisdom. I would definitely have taken more time for myself and been more intentional about days off. Early on, I was not very careful about keeping myself physically fit. I know now that the better care I take of myself, the better leader and person I can be.